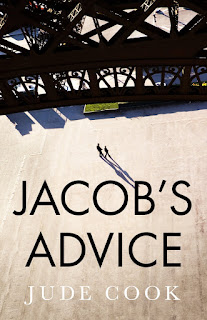 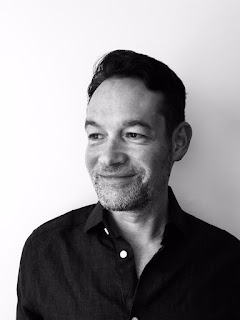 Larry Frost, a British pharmacologist living in Paris, is exuberant, charismatic, wildly opinionated. He’s also convinced he’s Jewish – or at least he’s long had his hopes. But his search for what he believes is his true identity produces more questions than answers.

In early 2015, following the terrorist attack on​ Charlie Hebdo,​ Larry is joined by his sceptical older cousin, Nick Newman. Divorced, separated from his son and desperately trying to understand his own place in the world, Nick is drawn inextricably into Larry’s slipstream as they walk the fractured, uneasy, magical streets of Paris.

Then, in November, terrorism strikes the city again. With Paris and the cousins still reeling from the trauma, Larry receives the information he’s urgently been seeking: a long-held family secret that will change both their lives forever.

Set against a backdrop of extremism, nationalism and the resurgence of antisemitism, ​Jacob’s Advice is a timely exploration of identity, race, family and the inescapable nature of the past.
'Intriguing... Often compelling... The narrative moves slowly and magnificently towards a series of crises' The Times Literary Supplement
'Set against a backdrop of rising anti-Semitism and full of intellectual discourse, Cook's second novel is a thoughtful paean to Paris' Mail on Sunday
'An exploration of identity and inheritance' Literary Review
'A well-crafted and intelligent novel' Birmingham Jewish Recorder
'A witty, tender novel of personal identity, belonging and loss' Wasafiri Magazine

'With sly humour, and in a style that is ruminative and unabashedly cerebral, Cook joins the ranks of writers like David Szalay in turning a critical, questing gaze on modern masculinity'  Marina Benjamin, author of Insomnia

'Original in story, playfully Edwardian in style and voice'  Caoilinn Hughes, author of The Wild Laughter

'A witty, angry and charismatic novel about love, family and identity'  Sam Mills, author of The Fragments of My Father